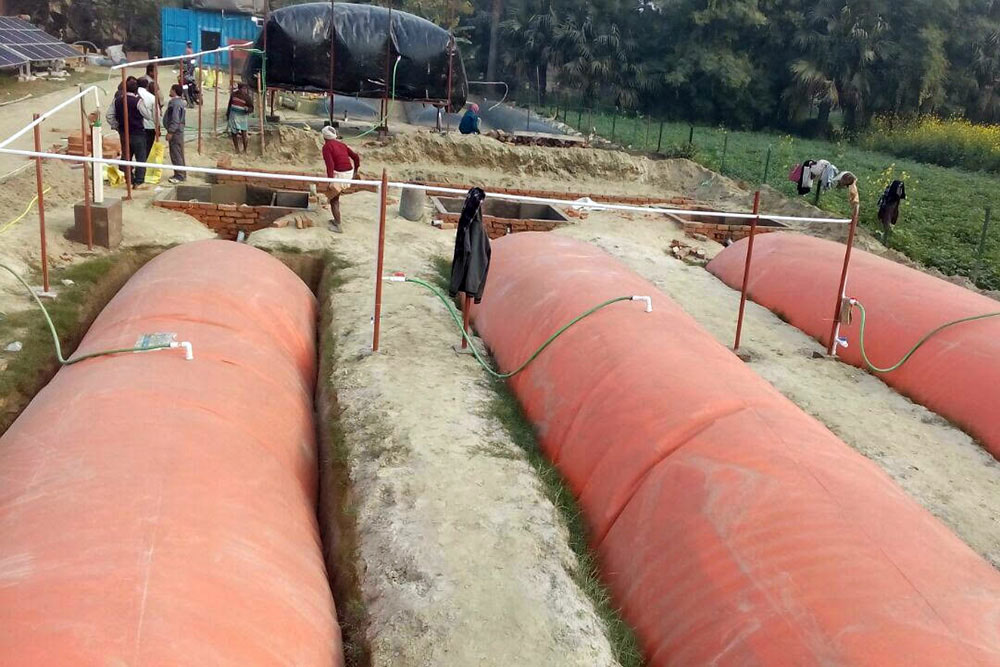 Biogas replaces diesel – at half the cost

The first two microgrids in the country, entirely powered by biogas, can be found in the state of Bihar in north-eastern India.

“They have been up and running since last autumn and guarantee climate-smart reserve power if there is an outage in the standard grid, which is many hours each day,” says Joseph Arulappan, CEO for FOV Biogas India.

Through its Indian company FOV Biogas India, the parent company FOV Fabrics AB in Borås, Sweden, has installed biogas reactors in two small farming villages in Bihar. The reactors generate biogas from cow dung. The gas is then used to power electric turbines, each with an output of 7 kW.

“The electricity is used as backup power by a number of shops and workshops in the villages. The cow dung is supplied by the local farmers, who in return are offered services such as veterinary care and advice,” explains Arulappan.

Unreliable power supply is a major issue in India and backup power is often sourced from dirty and expensive diesel generators.

“We can now use biogas instead of diesel. In addition to being climate-neutral, biogas electricity costs half of that from a diesel generator,” says Arulappan.

FOV plans to install further biogas plants all over India.

“Together with a university in northern India, we have a development project where for instance we will study how well our technology works in a somewhat colder climate,” says Fredrik Johansson at FOV.