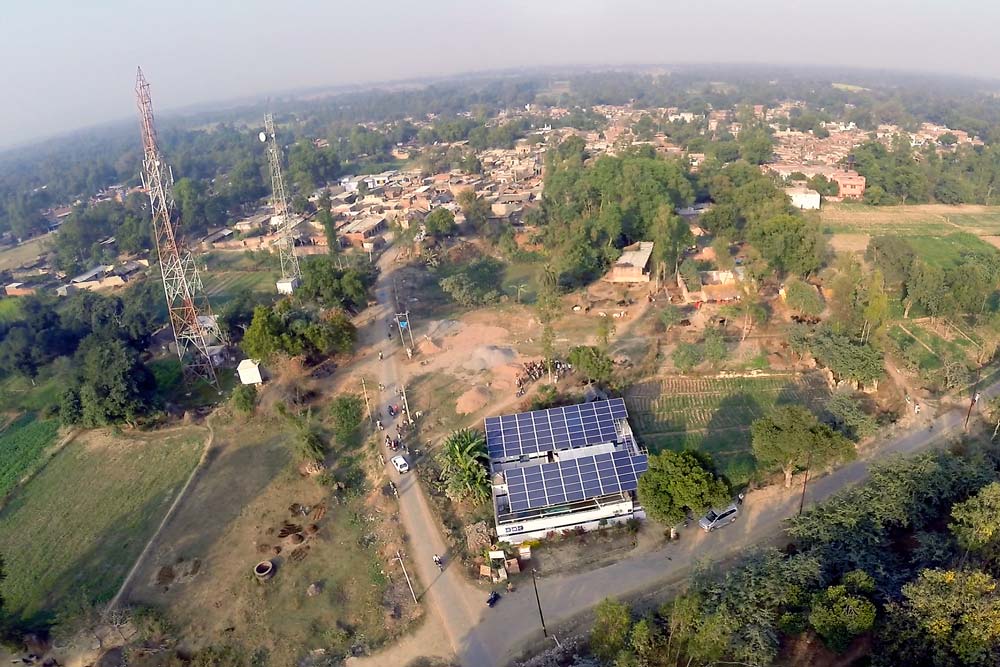 With their innovative idea, OMC Power aim to reach out to the millions of Indians who still lack electricity. The impact has been great and in just a few years, hundreds of solar-powered mini-grids have been constructed in the countryside. But the goal is much higher than that and OMC is highly interesting as a potential partner for both Swedish innovators and Indian partners.

The core of the business concept is to build small, solar-powered electricity stations for telecom towers in rural areas which are not connected to the state electricity networks. The telecom companies, who own the towers, cover most of the costs and OMC can sell the surplus energy to – for example – medical clinics, shops and other small workplaces, as well as schools and private households in the immediate area.

OMC Power was founded in Sollentuna, Sweden, by Swedish-Indian Anil Raj. For some years now, they have been expanding their operations in India. Mostly, they work in the northern state of Uttar Pradesh, which is India’s most populous with more than 200 million inhabitants.

A single light bulb can make a difference

OMC Power have agreements with some of India’s leading telecom companies and the expansion of the telecom network goes hand in hand with providing more Indians in rural areas access to electric power.

– It may be about as little as power for a single light bulb for a fruit vendor. It makes a big difference not having to close when the darkness falls at 6 p.m., says Hans Nyqvist, business developer of international markets at the Swedish Energy Agency.

– OMC works with solar energy and battery storage. We see the company as an important potential partner for Swedish companies within the ISIA program. Companies that want to test new solar panels and storage technology, for example, but also in service and measuring technology, he says.

The basis of the idea is a simple, robust and very flexible system where OMC may, after agreement with regional authorities, resell their surplus electricity. Users are usually within two kilometers of the station. OMC install cables in the air or ground to the customers, who get their own electricity meter at the station and only pay for their consumption, without connection or network charges.

Today, there are about 100 stations in Uttar Pradesh. OMC have shown that the system works and it has made a big impact in a short time. But the level of ambition is high and the company’s goal is to build at least 1,000 stations.

– Just the simplicity of the idea; telecom companies accounting for most of the cost and reaching a rural population that never had access to electricity other than through diesel-powered generators makes this very interesting, says Hans Nyqvist.