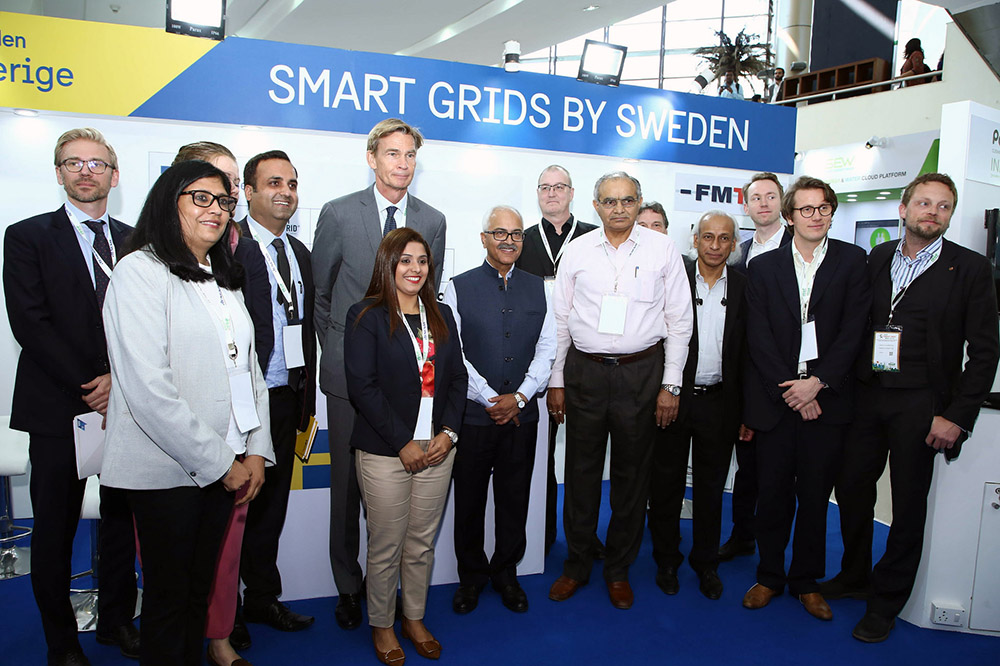 “The Indian contingent were extremely interested in us. And we Swedes have gained a deeper understanding of what is required in India.”

This is how Albin Carlén, director of Internationalisation and Smart Grids at the Swedish Smart Grid Forum, described the Swedish participation at India Smart Grid Week 2018.

Through the Swedish Energy Agency, Sweden was the main sponsor for the fourth conference and organised, for instance, a workshop with Indian stakeholders.

“We and the Swedish companies could sit down with key players from the private and public sectors. It was very useful from many perspectives,” says Carlén.

“In addition to working out the practicalities of what to do next in India as a group, we were also given the opportunity officially to highlight the project as a Swedish Government initiative and that we consider India as a priority market. This is an important signal.”

“Moreover, the Swedish companies could establish good personal contacts, both with public players such as India Smart Grid Mission and with the private company Tata Power, which is a large and very progressive market player.”

India is expanding its electricity grid at an incredible rate with the aim of giving the entire population access to power. At the same time, the grids suffer from major administrative and technological shortcomings.

“This leads to challenges that open the way to great opportunities for innovative Swedish companies working with smart grids,” says Carlén.

He emphasises the importance of personal meetings at the India Smart Grid Week event:

“All the important market players were on site and, from a practical perspective, we and the Swedish companies could get a feeling for what is required on the ground in India. This understanding, as well as the personal contacts, are decisive for any joint partnership in the future.”

During the spring, the Swedish Smart Grid Forum will finalise its strategy on how to work with the Indian market over the next two years, for instance based on the experiences gained from India Smart Grid Week.