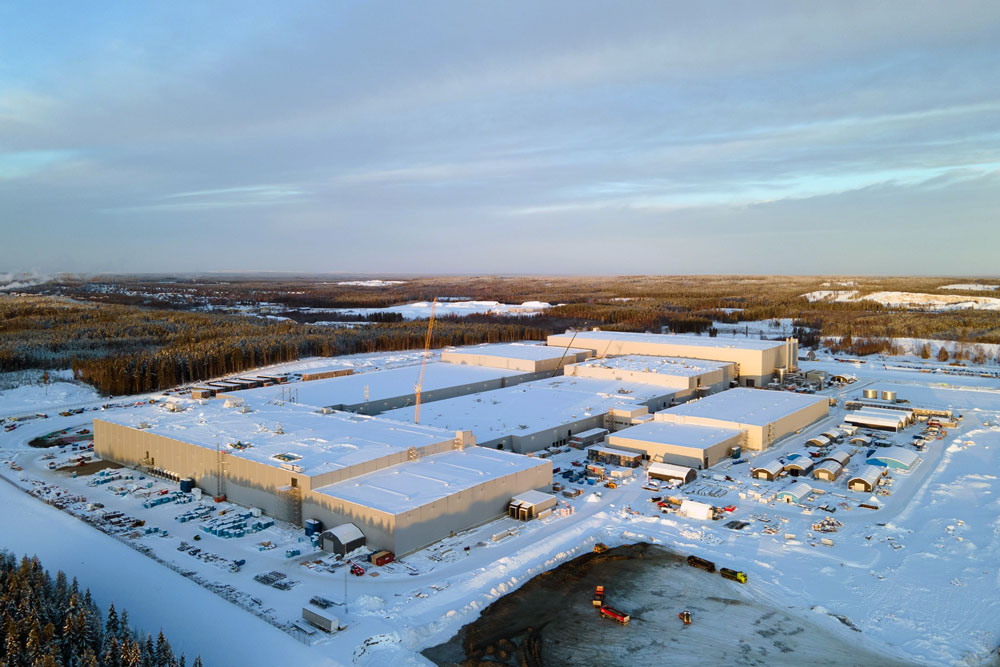 On December 28, 2021, the first lithium-ion battery was manufactured at Northvolt’s factory in Skellefteå. This was the first concrete expression of plans and preparations that have been going on for several years. It has the potential to create a completely new Swedish basic industry and make Sweden a significant player both in global battery manufacturing and in the large, innovative technological development that it entails.

Northvolt’s establishment in northern Sweden in 2016 can be regarded as the groundbreaking starting signal and the Swedish Energy Agency granted an early loan of SEK 19 million for a feasibility study of a battery factory. Since then, a lot has happened and investors from all over the world have invested heavily in various parts of the entire battery value chain, to create innovative solutions and implement renewable power sources on the journey away from fossil fuels.

In Sweden today, there are active players in all parts of the value chain: raw materials, active materials, production of cells and battery packs, use and recycling. In addition to Northvolt, the key driver in the production of lithium-ion batteries that is currently underway, there are also innovative material companies such as Graphmatec and Bright Day Graphene and specialized companies such as Altris and Dongjin Sweden.

The need for lithium-ion batteries exists in a number of industries where Swedish companies are today world leaders – such as vehicle manufacturing, construction machinery, mining and portable tools. Vehicle manufacturers such as Volvo Cars, Scania and Volvo AB have a stated ambition to convert all or parts of their fleet to electric vehicles. Northvolt has received investments of several billion SEK from, among others, BMW, Volkswagen and Scania and will, together with Volvo Cars, also build a factory for battery production in Gothenburg.

The major investments and the rapid expansion create a new and large labour market in Sweden. Large parts of the new hires also take place in the northern parts of the country, which in recent decades have been characterized by many company closures, relocations and people moving south for job opportunities. At the same time, the need for recruitments means that Northvolt faces major challenges.

“Right now we are expanding Northvolt Labs in Västerås from 400 to 1,000 employees and Northvolt One in Skellefteå will go from 500 employees to over 3,000 in just a few years. At the same time, we are growing in Stockholm, Gdansk and Fredrikstad, and have just launched a joint venture with Volvo Cars, which is also recruiting. So in total we employ between 100 and 200 people per month,” said Katarina Borstedt, director talent strategy at Northvolt, in an interview with Swedish business magazine Dagens Industri recently.

The factory in Skellefteå, Northvolt One, is planned for five production lines and a total of about 3,000 employees when the entire plant is in full operation in 2025. The total production capacity was planned at 40 million GWh but through a large investment in 2021 from Swedish pension funds, Northvolt is raising its ambition level and is now planning for 60 million GWh, equivalent to one million lithium-ion batteries a year when the entire factory is up and running.

In parallel with new production, Northvolt are also investing in recycling. After a successful attempt to manufacture a battery cell with 100 percent recycled nickel, cobalt and manganese, the goal now is to be able to take 50 percent of all raw material for new batteries from recycled material by 2030.

Keeping the momentum through digital delegations

New members are looking forward to May trip
Scroll to top