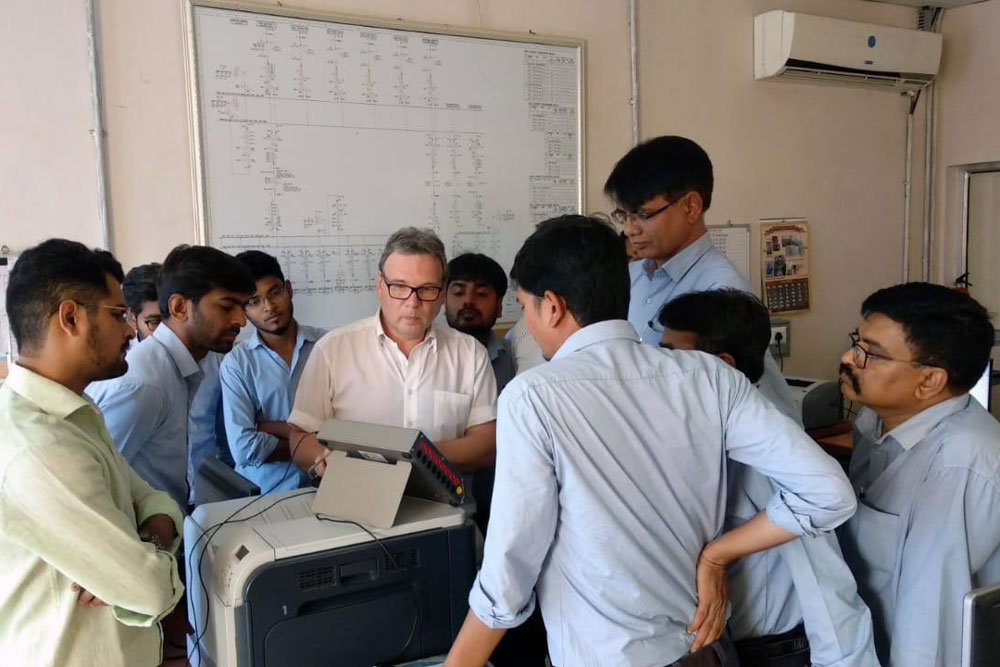 “I have mostly met old business contacts to “tie the knots”. It went very well. An electricity company said they will place an order directly, and a large, well-known international company has chosen our GridEx as an independent third-party product, which is to be delivered and recommended when delivering digital stations.”

“We have received very important help through the trips with ISIA – partly by understanding the business culture and partly by connecting with distributors for our product.”

This is how Romain Douib, CEO of FMTP Power, summarizes the company’s third and final journey within the ISIA programme.

The company’s product is called GridEx and is a digital monitoring system and status analysis tool that is aimed at electric power engineers.

“The tool monitors the power grid and keeps track of and warns about different types of deviations and disturbances. One of the features is the simple presentation – our system is very clear and simple visually,” explains Romain Douib.

Smart technology from the beginning

He says that FMTP early identified India as a highly interesting market.

“India is expanding its electricity grid at a furious pace. In many places, smart technology is being built right from the start and as we are specialists in digitization of the electricity grid, we think that GridEx fits perfectly.”

“The problem is that no one dares to be first. They want references and we have managed to get that now. We have two key customers that we are close to doing business with and with them as references we hope for an additional five to six new customers within a year.

FMTP has joined with two Indian distributors and now hopes to start working with one of them more in the near future.

“It is difficult to talk about the future in the longer term. We are a very small company and our end customers are large electricity companies, so I would not be surprised if we are acquired by a larger player in a few years,” says Romain Douib.

CII: The process must take time

“Some of the Swedish companies are looking for a final customer, others are looking for business partners or distributors. Whatever the case, it is a mutual process that takes time. But the fact that it takes time is in itself positive, because the people involved can get to know each other and thereby improve the conditions for long partnerships,” he says.

It is mainly during the first and second journeys within the ISIA program that CII is active in its matching and contact-creating work. When companies make their third trip, the role of CII is very important provided that the potential collaboration partners are committed, Dinesh Ghai explains:

“During the third visit, MoUs and other associations start flourishing, and the role of CII and Business Sweden becomes more significant to ensure that the associations become stronger. We also give the companies new leads for further business development.”

“An example of such a Swedish company is BioProcess Control. They produce instruments for laboratories and are ready to move on with business. The other companies that have now made their third trip are also about to be established here,” says Dinesh Ghai.