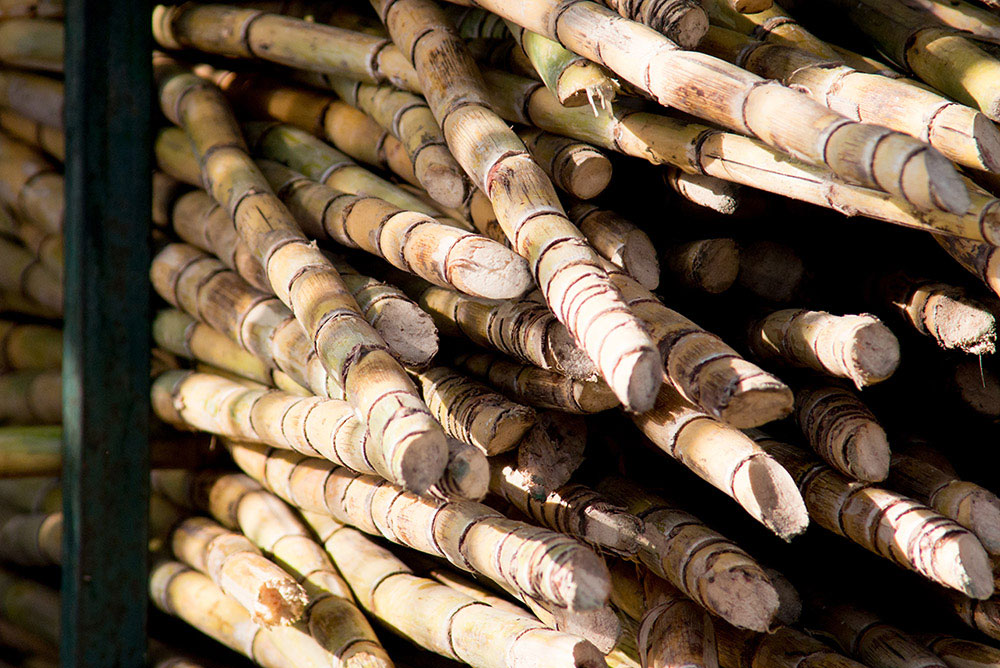 A toxic, corrosive, foul-smelling sludge. This is the perfect habitat for a particular type of fast-growing fungus, which breaks down the contaminants and is in turn converted into environmentally smart ethanol in a growing market.

This is the basis for the pilot study conducted by Borås company FOV and the University of Borås at a sugar factory in Chennai.

“The University of Borås has long experience of cultivating fungi on various types of organic waste. We carried out a joint study in making ethanol from the fungus. We chose the sugar industry because they have a particular kind of waste, known as spent wash, which is really problematic,” says Fredrik Johansson at FOV Fabrics.

“There have been attempts to make biogas from it, but this waste is also corrosive, so it damages the equipment.”

The pilot study was conducted between May and November last year, firstly in a laboratory in Borås and then in an experimental reactor adjacent to the sugar factory in Chennai.

“We are essentially a textile company, so we constructed a reactor in a textile-based material, which can cope with the high H2S content,” says Johansson.

The study aimed to find out firstly how much the fungus could reduce the quantity of H2S, and secondly how big a yield in the form of fungus – fungal biomass – was generated by different sugar concentrations in the waste.

The results are very positive

“After three days the fungus had reduced the H2S content by 76 per cent, which is entirely sufficient for the residue to be used either as a fertiliser or for biogas production.”

They also calculated the additional annual income from the sale of ethanol, based on the quantity of fungus generated at sugar concentrations of two per cent and five per cent in the waste.

“The daily production from 200 cubic metres of fungus yields 182,000 dollars per year at two per cent sugar concentration in the waste, and 404,000 dollars at five per cent sugar concentration. With a five per cent solution, the manufacturer loses a certain amount of sugar initially due to reduced production, but according to our calculations it is nevertheless good business, as the pay-back time for the investment is short, only 15 months. The present-day sugar industry already manufactures and sells ethanol, mainly as vehicle fuel, so that part of the infrastructure is already in place,” says Johansson.

FOV has not yet done any exact calculations of the size or potential of the market.
“But there is no doubt that the market is worth several hundred million dollars per year. But I think we need to be at a more mature stage of a business approach before we can get a true picture.”

“Now we need an investment in a demonstration plant on an industrial scale, and we are hoping to put out a notice so that we can take the next step together with an industrial customer,” says Johansson, who also points out the many advantages of ethanol compared with biogas:

Battery swapping project to be launched in 2018