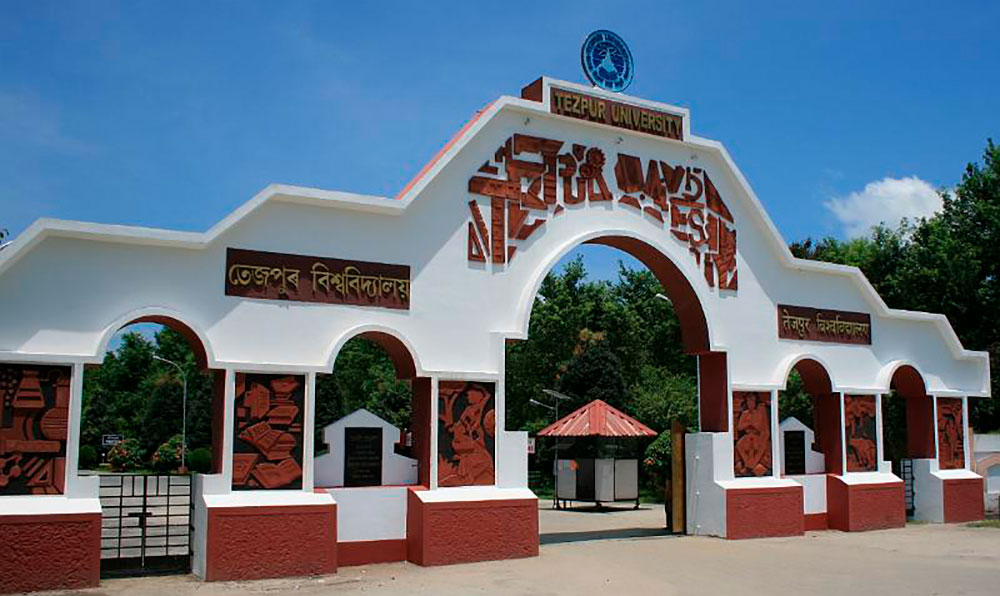 Pamoja Cleantech AB is preparing to install a hybrid renewable energy system and a smart grid at Tezpur University, a remote university in Assam in North East India.

“This concept involves cutting edge technology. It is a demonstration project – if it is successful it will be scaled up and turned into a replicable business model,” says Nicolas Fouassier, CEO at Pamoja.

“The gas is produced from agricultural waste, mainly from tea and bamboo farming. We buy the biomass from local farmers. The side product from the gasification, biochar, can be used as fertilizer or for soil improvement,” Fouassier says.

The Polygeneration platform generates electricity, heat and cooling. Pamoja is working in collaboration with KTH and the Swedish company Inresol AB.

“Inresol develop and build the Stirling engines that convert gas to electricity and heat. Production of electricity from biomass is normally done by thermal gasification of the feedstock followed by running the gas in an internal combustion engine. This requires cold and clean gas which means an expensive and complicated cleaning process. A Stirling engine is an externally fired engine and thus does not need clean gas to work well. This saves cost and maintenance and improves reliability,” Nicolas Fouassier explains.

The concept is in a developing phase, where the production of heat and electricity is now being integrated with the gasification system. In October–November 2018, one system of 70 kW will be installed at the university campus and another 70 kW system in 2019.

“The campus has a peak demand of 2 MW. A solar system is providing 1 MW but since the university is located in a remote area with unreliable electricity grid, it has an annual diesel consumption of 40,000 to 50,000 liters. Our goal is to bring the diesel consumption down to zero. We have signed a commercial agreement with the university management, where we receive a percentage for every kWh we save,” says Fouassier.

“It is a smart monitoring and demand/response-system. With that we can for example switch off less necessary loads if there is a shortage in power. The smart grid operations will be managed by a local ESCO which employs local technicians,” Nicolas Fouassier says.

He describes the concept as holistic and with a lot of benefits:

­”The system has a strong potential for decarbonization. It reduces CO2 emissions by replacing fossil fuels with renewable energy, it improves energy efficiency through cogeneration of heat and power, it sequestrates carbon through soil amending biochar and it prevents biological decay of agriculture residues. Moreover, the system reduces costs for grid maintenance and increases grid stability in unreliable or overloaded power networks.” 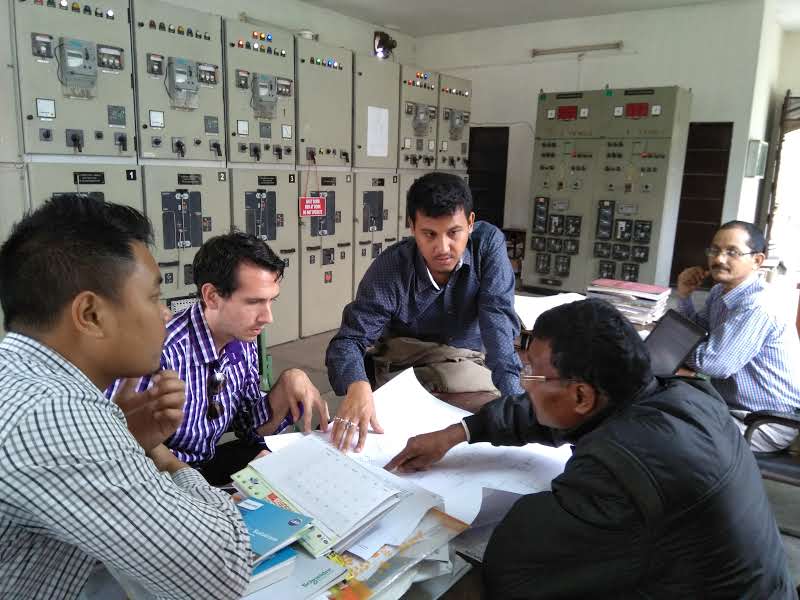 Discussing the project with university engineers. 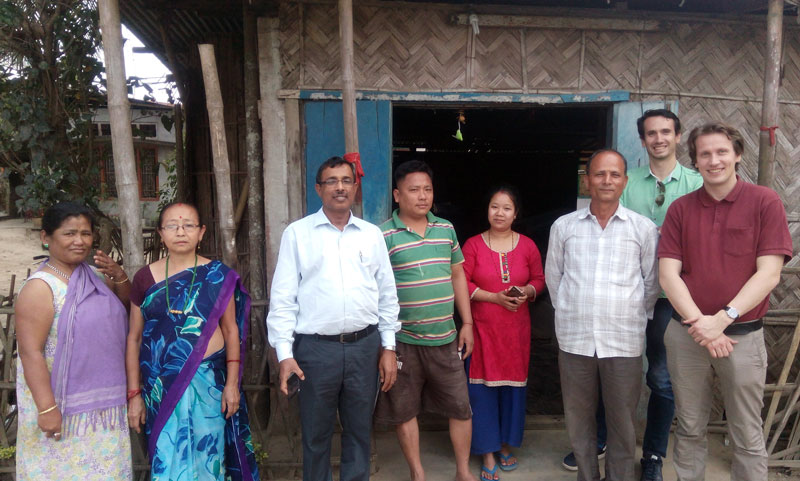